The United Nations Declares April 5 as International Day of Conscience 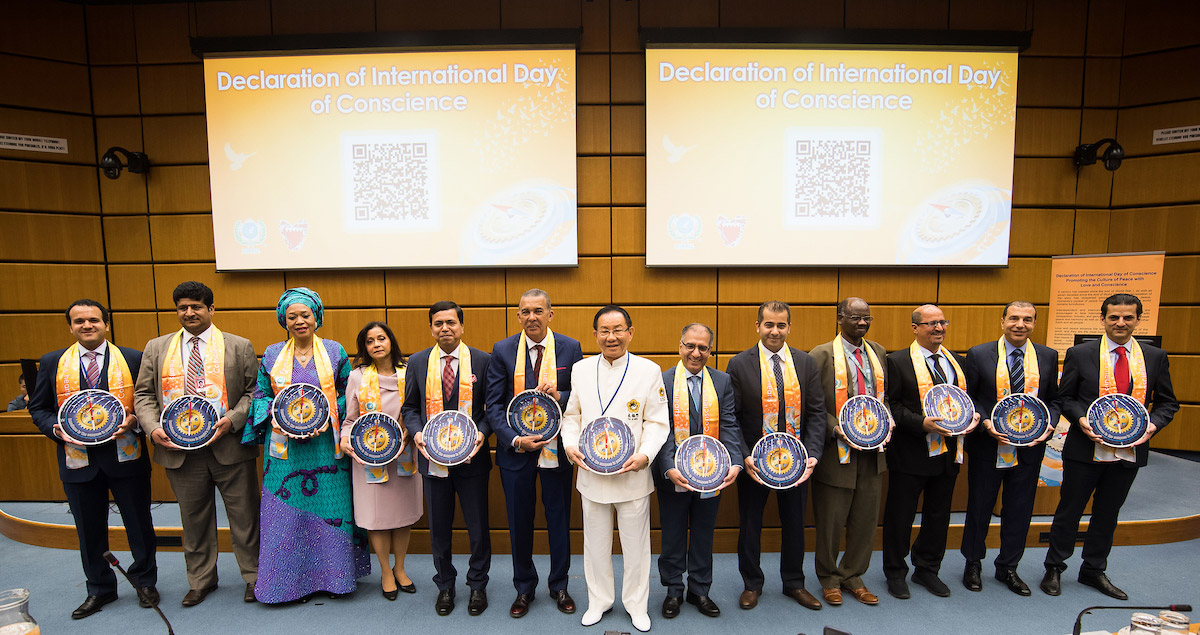 In July 2019, during the 73rd session of the UN General Assembly, the United Nations adopted a draft resolution submitted by the Kingdom of Bahrain and declared April 5 as the International Day of Conscience. The Assembly invited "all Member States, organizations of the United Nations system and other international and regional organizations, as well as the private sector and civil society, to build the culture of peace with love and conscience in accordance with the culture and other appropriate circumstances or customs or their local, national and regional communities, including through quality education and public awareness-raising activities, thereby fostering sustainable development." The President of the General Assembly, Ms. María Fernanda Espinosa welcomes the declaration of April 5 as the “International Day of Conscience” by Member States, and the High Representative for the United Nations Alliance of Civilizations, Mr. Miguel Moratinos, also expressed his support for the resolution.

FOWPAL extends its sincerest congratulations to Bahrain on the passage of this important draft resolution, for which H.R.H. Prince Khalifa bin Salman Al Khalifa, Prime Minister of the Kingdom of Bahrain has been widely lauded. Bahrain, situated in the heart of the Arabian Gulf, respects different religions and cultures and maintains good relations with other nations. The submission of the draft resolution is in line with the spirit of Bahrain, which values peace, inclusion, and integration. Bahrain has set a good example for the rest of the world. FOWPAL also extends its heartfelt gratitude to the Permanent Missions of various nations for supporting this draft resolution, and the United Nations’ adopting such an initiative and designating the International Day of Conscience marks a great achievement of all humanity! It is hoped that through the promotion of the importance of conscience by all nations, global sustainability and world peace will be fostered. Conscience is the most important well-spring of the heart that enables people to resolve conflicts. If all nations take conscience-guided actions and implement a culture of peace with love and conscience, then a world where love and sincerity prevail can be realized. 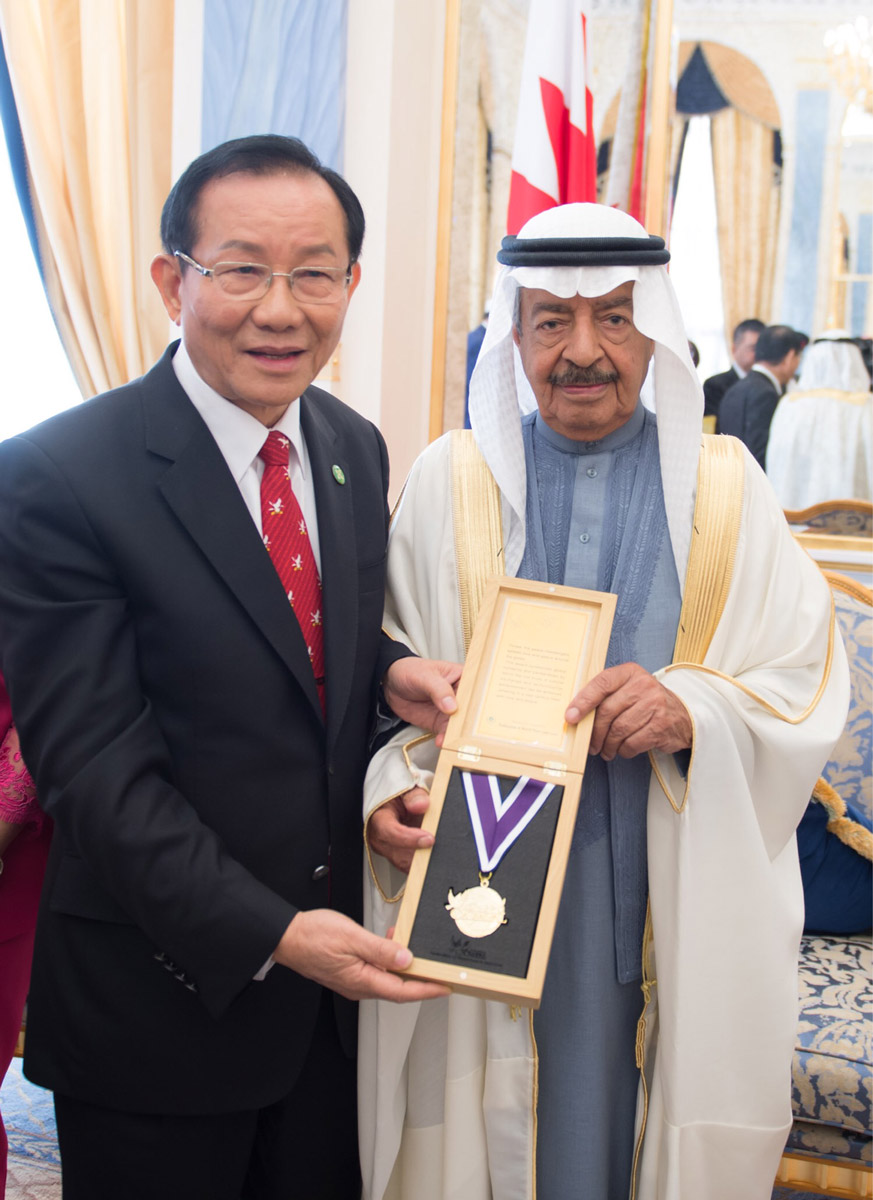 Today, the world is tumultuous; climate change is threatening people’s lives around the globe and man-made and natural disasters occur frequently. Since April 5, 2018, the Permanent Mission of Bahrain to the UN, the Permanent Mission of Kiribati to the UN, and the Federation of World Peace and Love (FOWPAL) have elaborated together on the importance of promoting the culture of peace with love and conscience. They have co-organized conferences at the United Nations in New York and in Vienna to exchange views and consolidate ideas for world peace. On July 31, 2018, during a discussion workshop among FOWPAL and 19 Permanent Missions to the UN, it was proposed to declare April 5 as the International Day of Conscience. Following a discussion among various nations, the Permanent Mission of Bahrain to the UN submitted the draft resolution to the Assembly, which adopted it in late July 2019, allowing conscience to guide the world towards a secure, peaceful, and sustainable future through the influence of the United Nations.

Conscience is the key to humanity’s sustainable development in the 21st century. In 1999, the world saw three massive earthquakes. With respect to the incredible balancing acts of nature, Dr. Hong, Tao-Tze hosted an event to pray for blessings for all in September 1999 and pointed out the importance of sincere kindness and expressed his hope that the spirit of love and peace would spread around the world in a declaration titled “Love of the World, A Wish for Peace.” In 2000, he established FOWPAL in California, USA. FOWPAL has been dedicated to promoting love, peace, and sustainable development through various means, such as holding peace conferences, having dialogues with visionary leaders, hosting ceremonies of ringing the Bell of World Peace and Love, and conducting cultural exchanges. FOWPAL has also promoted various declarations, emphasizing the importance of conscience in enhancing relationships among people, between humans and nature, between governments and their people, and among nations. For these declarations, FOWPAL has launched global endorsement campaigns to consolidate the kind intentions of global citizens to foster world peace. In June 2005, Dr. Hong met with Pope Benedict XVI and shared “when there is no love, there is no peace. Peace needs love and love needs to be balanced.” In September 2005, Dr. Hong and H.E. Mr. Leonel Fernández, the then President of the Dominican Republic, jointly proclaimed the “Declaration of International Love and Peace Day” and declared September 15 as the International Love and Peace Day. They turned a three-foot-long “key of the world,” symbolizing that a single kind thought of a key person can change the world’s destiny for the better.To date, 357 visionary leaders have rung the Bell of World Peace and Love and made their wishes for peace, including 42 heads of state and government and seven Nobel Peace Prize laureates. In 2005, H.E. Mr. Leonel Fernández, the then President of the Dominican Republic, rang the Bell and wished “that people from over the world can understand each other, and that love and peace can prevail.” Later in 2008, he successfully defused a possible war among Columbia, Ecuador and Venezuela and was widely lauded.

In 2014, Dr. Hong initiated the movement of An Era of Conscience and advocated that everyone is a leader of conscience and has the key to activate the energy of peace. The objective of the movement is to encourage all people to follow their conscience, speak kind words, do good deeds, and exert positive influences on others. Dr. Hong stressed, “With conscience comes a peaceful world.” He then launched an endorsement campaign for the “Declaration for the Movement of An Era of Conscience” in August 2014 and shared the declaration at the UN DPI/NGO Conferences. To date, people in 197 nations have shown their support for the movement. 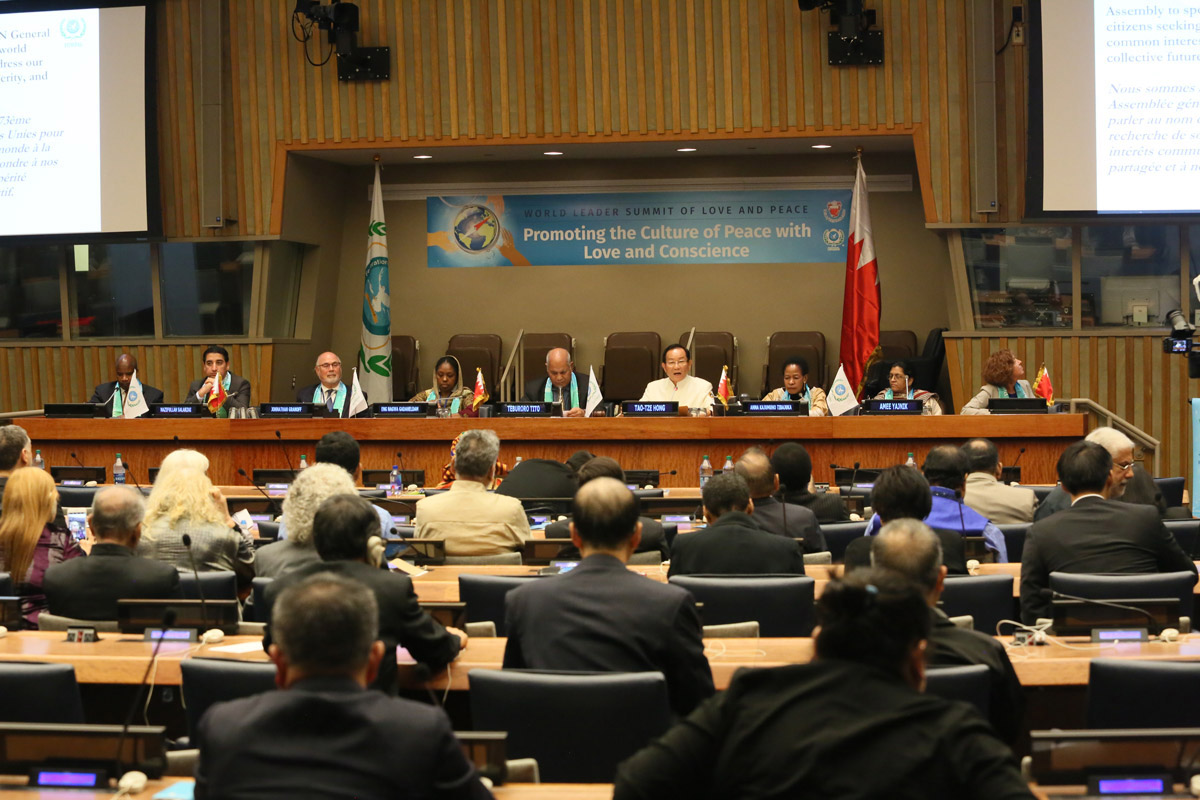 Innate, conscience is the most important asset of a human being. Conscience is the antidote to all types of problems and enables one to resolve conflict. It is hoped that all people will observe the International Day of Conscience, improve themselves, and face a crisis with compassion, bravery, and wisdom.

With the United Nations declaring April 5 as the International Day of Conscience, we urge all people to take one day off on April 5 to celebrate the day, just like the original spirit of the Olympic Games, during which an Olympic Truce was enacted and friendships and peace were fostered through sports. We encourage people to celebrate the day by calming their hearts, following the guidance of their conscience, taking time for self-reflection with objectives of achieving inner peace, holding love and conscience education programs, and fostering universal ceasefire to facilitate peace talks so that everyone's conscience will be awakened and the world will become peaceful. We believe that with more people’s conscience awakened and with more people supporting the Declaration of International Day of Conscience, we will generate powerful positive energy and create a culture of love, peace and conscience worldwide, which will foster global peace and harmony, safeguard international security, and enhance the well-being of humanity.

As a member of the global community, each individual's participation in the endorsement campaign is indispensable. Please share this good news with everyone. Please endorse the Declaration of International Day of Conscience online, and doing so you will contribute to global peace and sustainability. One click  can change the world! Below is the link to the endorsement page.
http://www.fowpal.org/Endorse/doidoc_endorse/index.php